May 2002 was the 100th anniversary of our Church building.

The Presbyterian Church in Leonia was formally established on February 15,1899, when 48 members of the Leonia True Dutch Reformed Church braved a heavy snowstorm to meet with representatives of the former Presbytery of Jersey City. The members split from the Reformed Church because they wanted to allow Christians from other denominations to participate in communion with them. The Rev. James Wyckoff was the first pastor.Initially the Church owned no land; in December of 1899, a gift of the land the Church still stands on was given by Mrs. Harriet Gladwin Walker. Two years later, our sanctuary opened for worship. 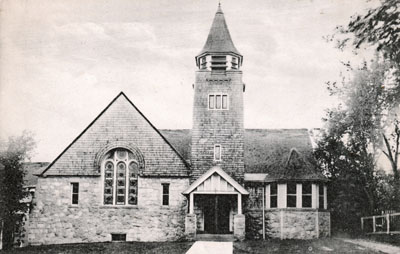 By 1907 the Church had grown to a membership of 104, and more room was needed for both a pipe organ and increased space for Sabbath School.Under the leadership of then pastor Rev. George Tamblyn these changes were made.In 1915 the membership had risen to 207, and again more room was needed. This second addition, under the leadership of Rev Prentice Taylor, probably included a stage, kitchen, bathrooms, and a pastor’s study. Also under Rev. Taylor another lot of land adjacent to the original was purchased.In 1928 a third addition to the Church was made which added much needed room for Sabbath School as well as an auditorium.

Although the Great Depression made it impossible to add more space to the Church it did not keep it from growing in membership, by 1939 there were 635 members.162 of these members served during World War II with 6 being killed in action. By the end of the war the congregation had grown to 814.The 1950’s were a time of great church growth not just locally, but throughout the nation. In 1954 a second morning service was established to deal with the large membership. 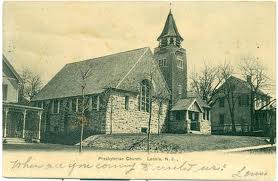 A Time of Change

The 1960’s and 70’s were decades of great change in the Church. Due to changing demographics in neighborhoods, and social and cultural changes, membership in “mainline” churches fell. In Leonia there was a great deal of thought about joining with the local Methodist, Lutheran, or Episcopalian Churches. While this did not happen, an ecumenical youth group was founded in 1968 and continues to this day. In 1983 the then manse, the Oelhaf House, was donated to “SOS Inc” and became a shelter for victims of domestic abuse. In 1988 the “Take my Hand” child care program moved into the educational wing during the weekdays.

Today and the Future

Throughout the 1990’s the town of Leonia has seen great changes in its ethnic make up. In 1997 a group called the “Asian Ministry Project” was formed in order to study how to best move the Church forward. Through the assistance of Hyun K. Sung, an Assistant in Ministry, the project helped to start some much needed community conversation. These efforts continue today with such projects as English conversation classes and ESL Bible study. Also in 1997 a major building renovation created a warm and inviting space in the sanctuary and attached meeting spaces. In 1998 the Leonia Ecumenical Youth Group celebrated it’s 30th anniversary. For much of it’s history and continuing today the group uses the Presbyterian Church as it’s home. Our Church is committed to these ministries as well as other local and world wide missions. Visit our Mission Outreach page for our current involvements. 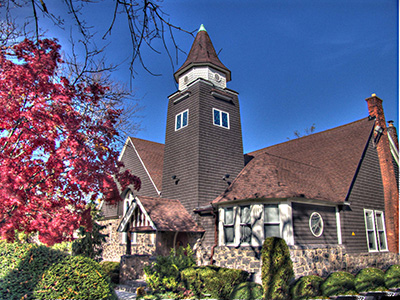 History of the Presbyterian Church (USA)